To purchase floodlights for one of our village tennis courts so that the village club can provide more coaching and social sessions.

The £5000 offered as a prize by Calor Gas will only cover half the cost of putting up the floodlights on our 2nd tennis court. The work is estimated to be £11500 which includes planning, electrician costs to wire and fit a token lighting metre and purchase and fitting of the system from ETC £9995 - so any extra funding we can raise during this project will contribute more to the lighting costs so that the money in the club sinking fund can then go towards our dream of Building a third Tennis court for the club!

As you can imagine the 2 courts that we use are very busy with nearly 200 members at the club and it is our dream to build one or perhaps two new courts.  This will be a large undertaking and our sinking fund is probably a third of what we will need so any extra money we can raise during this project will be a welcome addition to our club funds and start to make our dream come true. 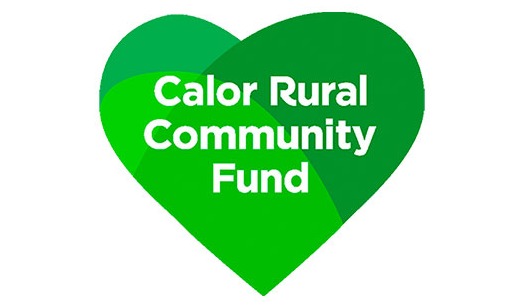 The Aim of the Project

Great Massingham Tennis & Multi Sports Club has been running in its present form for the past 11 years and in that time has won Norfolk LTA "Club of the Year" 3 times, two of our committee members have won the NLTA Volunteer of the Year and our club coach has won the NLTA "Coach of the Year" - not bad for a small village club!

The club is run by a committee of hard working volunteers and we have between 150 and 200 members per year with an average age of between 55-65 and about 35 under 18's. If we are able to floodlight the lower tennis court we could hopefully increase the membership of the 18-50 age group who work during the day by utilising the court in the evening for coaching groups, match play and club social sessions.  The Club runs 6 teams in local leagues as well as the social tennis at the club - floodlights on both courts would mean we could join a Winter league doubling the competitive play available throughout the year.

We could also introduce other sports such as walking football to the village and help more OAP's keep fit during the winter months and out of the doctors surgery. It would also help to encourage fitter children by running sports groups after school all year round.

We have the support of the Tennis Club membership who have been doing some fundraising already towards the project and also from the Village Hall Trustees who run the adjoining village hall and playing fields where the tennis courts are situated.  We hope that the membership of the Village Hall social club would also increase with the evening play increasing social use of the bar and help to sustain this facility for the village as well.

Who will benefit from our project?

The Population of the village is approx. 950 people - adults and children could all benefit , to improve their health and mental well being from participating in Tennis and other sports which will be available in the evening on the floodlit tennis court - especially those who work or go to school during daylight hours. We would also like to encourage people from surrounding villages who do not have tennis courts to join us.

Why we need your support?

The main activity of the Club is tennis and with a membership of around 200 our two tarmac courts are busy.  The courts are open at all times for anyone in the village to use - not just for Tennis club members - but the club have to maintain and upkeep the courts and surrounding area.

We have a LTA Level 3 tennis coach and he is assisted by a young LTA Level 2 tennis coach and together they run coaching for the club and it is our belief that if we can have two (one court is already floodlit) floodlit courts we can increase the work the coaches can do - helping to keep them at the club by increasing their potential income. Our membership fee is one of the lowest in the county at £24/year in 2020 for an adult making our club very inclusive.

The floodlight system we are looking to install is around £10,000 and we have been doing fund raising days at the club and have raised enough to cover the other 50% should we be lucky enough to obtain the £5000 Calor Community Fund grant. But to do this we NEED YOUR SUPPORT!  Any extra funds raised during this campaign will be put towards our dream of a Third Tennis court for the Village and Club.  The Trustees of the Village Hall have already agreed in principle to allow the building of a third court subject to planning.

Our project receives 1 point for every like or share. Remember to sign in and hit share on the Rural Community Fund project page itself  (this will take you to your social media to publish), rather than sharing somebody else’s share on social media.

If someone is feeling generous and decides to donate money to our project, our project will be awarded 10 points for their pledge and receive the money at the end - regardless of whether we are awarded a Calor Community fund grant.

So Please Please Vote for our Project now and make Rob Gates Jump for Joy!

The Cost of our project.

Tweener is an award-winning, patented LED tennis court lighting solution. It can cut our purchasing, installation and running costs by 50%. Plus, it can installed  in less than a day. There are no structural works involved.

A Picture of what the lighting system would look like on our lower court.

Special Thanks for Rewards goes to

This project offers rewards in return for your donation.

Tennis lesson with our club coach

Book a 1 hour private lesson with our club coaches

One hour treatment by Wayne at Fountain Sports and Remedial Massage Therapy - www.fountainsport.net

Our crowd has raised over £70 million for bright ideas and good causes.